'There are over 3.5m elderly people living alone in the UK and many of them don’t get out very often, either because they physically can’t, or don’t have the confidence.' 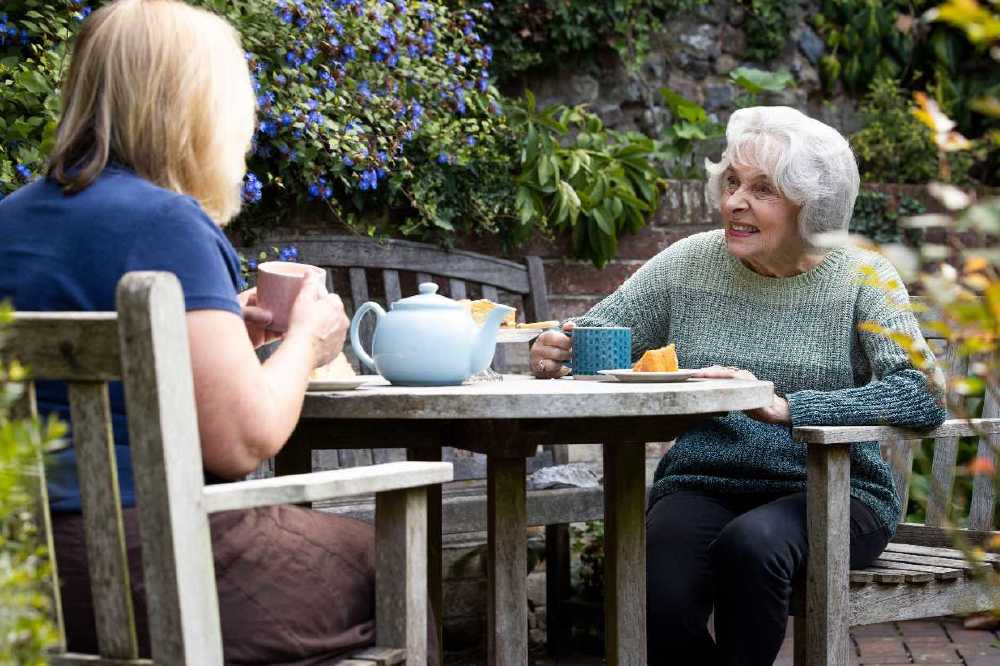 Everyone is still talking about the Will Smith / Chris Rock incident at the Oscars a few weeks ago, but for me there was another standout moment.

As Lady Gaga introduced Liza Minnelli to the audience, she supported and cared for her in a way that was incredibly moving. Minnelli was clearly a little vulnerable and confused but Gaga did not patronise her in any way – she professionally kept the show moving while showing Minnelli respect and affection. The two stars are both musical icons and award-winning actresses, but more than that, they are clearly friends - and the younger singer ensured the older actress retained her dignity and enjoyed the occasion to the full. And rightly so! The older generation are to be respected and loved – and recognised as great potential friends.

I have an intergenerational friendship and I cannot recommend it enough.

Brenda is in her 80s and one of the most fabulous characters in my life. Every two weeks we get together: I go to her home or take her out to the shops or for a coffee. It’s a formal arrangement, made through a company called Good Life Sorted - but it is an absolute pleasure and one I look forward to as soon as I leave her.

There are over 3.5m elderly people living alone in the UK and many of them don’t get out very often, either because they physically can’t, or don’t have the confidence. It’s up to younger, stronger people to provide the company that might help alleviate loneliness and the confidence to get out or at least stay in their own homes a little longer, with independence and dignity.

And those younger people can get so much out of it! Brenda is a hoot. She looks like the Queen! She has me, her hairdresser and her cleaner all coming round at different times but she does maintain a social life of her own.

I loved the idea of helping others but had no idea just how rewarding it would be for me when I first signed up to do it. Older people have lived such different experiences, so taking the time to listen to their stories provides an alternative outlook and perspective on things - sometimes needed in this world of social media bubbles. There is a mindfulness to being a helper: it slows the pace down a little - taking tea, listening to stories, watering plants or washing dishes. It doesn’t sound terribly exciting but in a chaotic, quite stressful world (I work for the NHS!), it actually benefits me just as much as Brenda.

Some cultures respect their elders more. Good Life Sorted was founded by a Greek man who was inspired by his elderly grandmother. She lived in her own home in a remote village, alone, till her late 90s, thanks to the support of her local community. In the UK it’s sometimes easier to miss the people who need us – and could benefit us – the most.

I hope I have intergenerational friendships in my older years. We all need a Lady Gaga in our lives!

I still miss my friend after ten years- any advice?

I think I'm in love with my close friend- what should I do?

Meghan, Duchess of Sussex, gives herself...