He's oblivious- To his appearance, to your feelings, to other people's feelings, to pretty much everything other than his own hunger and need for fun.

He's filthy by choice- He jumps in puddles, makes a mess in the kitchen and likes playing with soil in the back garden.

He has sleepovers- Without asking you first and you find strangers randomly dotted around your house.

He's impolite- He won't pipe down if you are on the phone or have your friends and family over. He has one noise level and that's it.

He's tacky- Everything looks like genitals to him because he has a dirty mind.

He's bad with money- He'll buy things you don't need or want and forgets the emergency stuff you asked him to get.

He can't cook- And tries to palm off breakfast as dinner.

He's prone to injury- He's careless with anything sharp or heavy and is always walking wounded. You have had to take him to the emergency room several times.

He tries to make you laugh when you're sad- With slapstick moves in fancy places.

You can be yourself around him- Farts and all. 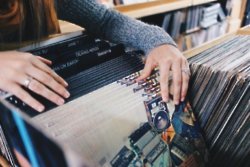