My granddad is dying- why hasn't my boyfriend been more supportive?

Hello, I am 26 years old and I have been with my partner for nearly a year.

My grandad has played a massive part in my life but he has been deteriorating lately (he is 90 with many health conditions).

On Monday this week he was taken away by ambulance. I raced down to see him before they got there.

I rang my boyfriend up in tears. I was so frightened. I thought this was goodbye.

My boyfriend finished work at five and said he would come to see me ASAP. He unapologetically turned up at 9pm.

He became angry when I questioned him on this. He came back the next day and stayed around that night. He had arranged to start work later. Today is Friday and I have not seen him since he left on Wednesday morning.

Today I found out that I have weeks, if that, left with my grandad. I am devastated.

Again, I rang my boyfriend up in tears. He seemed almost dismissive in his tone and told me that I "need to be strong and I'll overcome this". I did not find this very reassuring. He said he would come here again to offer comfort. But he said he is going to do some work things first.

I became angry with him and said I did not want to wait around all evening and told him that I felt unsupported.

He became angry at this. He said he was dealing with his own things and I was directing my negative emotions towards him. That he had rearranged his whole week for me. Which is not true. He started later on one day and didn't go to the gym on two evenings.

Now to be fair, his dad has blood cancer. He has his own business and completely supports his dad. Is it unfair for me to feel unsupported? Am I just angry at the situation so I'm lashing out? Would it be fair to say he could have sent emails and rang back possible clients at my house? That he could have had dinner and showered? I understand not knowing what to say to someone who is experiencing what I currently am, but I do feel completely emotionally neglected.

Am I justified in feeling this way?

Sex and relationship expert Jessica Leoni said: “I think you need to view these recent difficulties in a wider context. This is not a new relationship: you have been with this guy for almost a year. It is impossible to hide your true nature over that time if you spend a lot of time with a loved one. I suspect you will know deep down if your boyfriend is what I call a giver (in touch with his feelings and great when you are in need of a cuddle) or a taker (a selfish git). 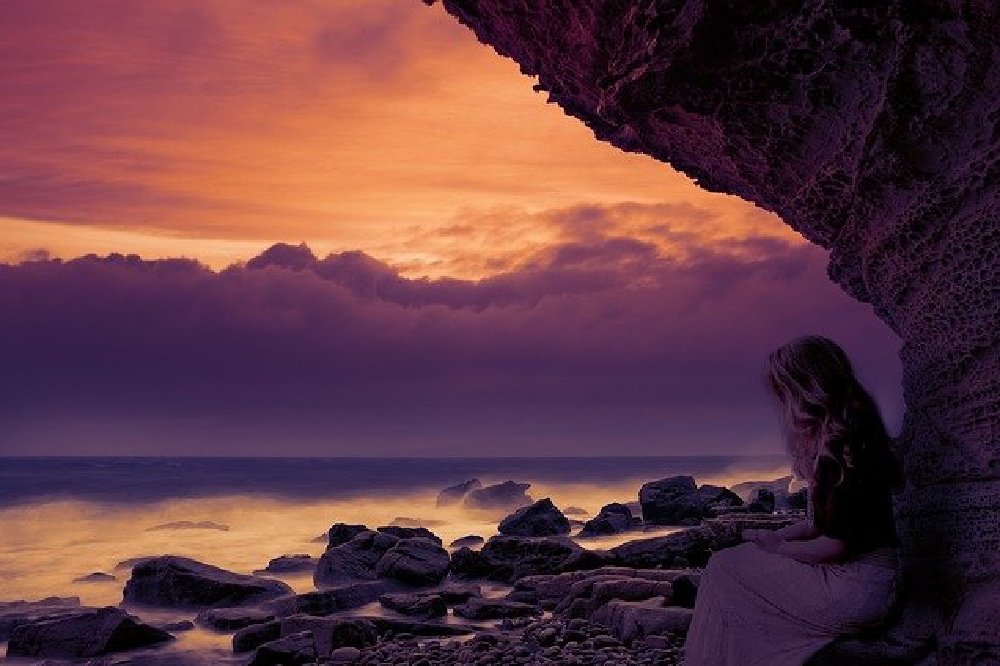 “I don’t know enough about this broader context to put him in either camp. What I can say is that he has been pretty rubbish in helping you through the trauma of dealing with your grandad’s last days. That is understandably heartbreaking for you and he had ample occasions to go the extra distance and give you the support you need, and he has been found wanting every time.

“Having said all that, there is a lot to be said in favour of your boyfriend. For a start, you have been together for a while and I don’t doubt that you love him very much. It is tough finding Mr Right and I wouldn’t walk away from a relationship with this much promise without a very good reason.

“It is to your boyfriend’s enormous credit that he has been so selfless in helping his father. Combine that with the stresses and strains of running his own business and I can understand why he might be feeling a little overwhelmed and not always ready to address your concerns when you are feeling vulnerable. I would cut him a little slack. He sounds like a keeper. Yes, he could have been a little more caring over your grandad, but no one is perfect. While you are understandably devastated at the thought of losing a man who has supported you all your life, you have to realise that those closest to you outside your family are not going to feel the same level of grief and have their own issues to deal with.

“All the points you are making are valid. Your boyfriend could have done more. Are his trips to the gym more important than your feelings at a time when your grandad’s health is failing? No. But it is a tricky time for all of us. Your boyfriend is not perfect but it strikes me that he is a decent man who is doing his best juggling a lot of plates. Give him a cuddle and focus on all the good things you have.”

RELATED: How can I still love the man I met online knowing what I do now?

I met a man online who I have fallen in love with. We have always got on so well and chatted every single day and eve. Then I discovered he is married and he has completely cut me off. I’m so heartbroken and can’t stop crying. He won’t respond to any emails I send and I don’t know what to do...