Warning signs you must know to avoid an abusive partner

One in four women and one in six men will experience domestic abuse during their lifetime. In this exclusive article, Sue Penna – one of the UK’s leading experts on trauma-informed domestic abuse recovery – sets out the most common abuse warning signs to watch out for when entering a new relationship. 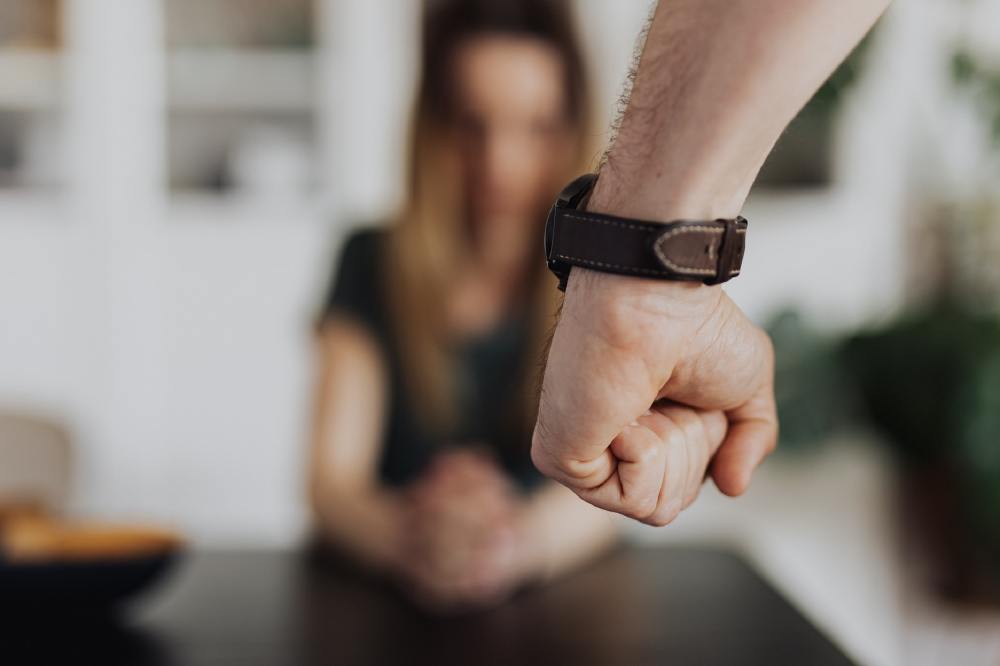 Relationships that are abusive don’t just happen. Perhaps the hardest thing for anyone that has experienced abuse and violence to accept is the intentionality of the abuser’s actions.

Those that have experienced abuse have been groomed to accept a level of behaviour that pre the abusive relationship they would never have tolerated.

Warning signs to spot can include some of the following:

Hurry to get romantically involved/move in

Love can happen suddenly and there are always stories of people who fell in love on the first date and were never apart again. But this is rare. We know that where relationships have become abusive, that partner becomes ‘full on’ very quickly. People talk about being love-bombed – being inundated with loving texts and calls – by the new love wanting to spend all their time with them. While there are elements of this in all new loving relationships, where we neglect friends and family during the ‘loved-up’ period, with a potentially abusive partner this will move to jealousy, possessive and controlling behaviour. No matter how loved up they are, a non-abusive partner will respect your needing some time away from them and time to see friends and family. If your new partner objects to this or makes it difficult then it is really not a good sign.

Being dismissive of former partners

Having a reputation with multiple previous partners, and being dismissive or derogatory about them, can also be a sign of someone who sees partners as possessions or not being worthy of empathy and respect. Abusive individuals will blame others for relationships that have gone wrong and will often talk about previous partners in a vitriolic and aggressive manner. It’s worth checking out how they feel about their previous partner and if they have children. Keeping in touch following divorce is difficult and even if the adults find it a strain in a non-abusive relationship, both work hard to maintain contact for the sake of the children. While this doesn’t always work, someone who blames the lack of contact solely on the other parent may be withholding something.

Abusive partners often behave differently when at home and when in public. They may be more or less attentive; they may expect you to behave in a certain way when out and try and control what you wear and who you speak to. Changing your behaviour to suit someone else because either they threaten to end the relationship or behave badly is a clear warning sign for the future.

While often secretive themselves – with periods of time unaccounted for and no explanation of where they have been – they are no respecter of your privacy. Abusive individuals who seek to have control over you will demand to know where you are or have been. They will check your phone for texts and emails, and may even set trackers on your phone so they can know where you are. Lying is also often a feature of abusive behaviour, but this can also be used as a way to gaslight you into challenging what is and what isn’t happening. Being told that the lies are ‘for your own good’ or ‘to protect you’ can be confusing when we love someone and believe they are interested in the best for us.

Abusive individuals like to be in control and you may observe them flouting their authority when they can, usually to people who cannot respond: shop staff, waiters, cab drivers, and such like. Ultimately bullies, they will not pick on people who might fight back!

Having misogynistic and rigid, antiquated views of gender roles is common with men who are abusive. They expect to be king of their castle and will hold other members of the family responsible for their emotions and temper if their demands aren’t meet.

Another early warning sign is ‘rough sex’ in the name of fun. Abusive individuals will only want sex on their terms and are less interested in their partner’s pleasure than the need to have control. Pushing boundaries about what their partner fells comfortable doing or sharing or ignoring requests are common with abusive individuals.

This can also manifest in alcohol, and drug use. While 80% of those that abuse alcohol or drugs do not abuse their partners, abusive individuals often have alcohol or drug misuse issues. Coercing partners to partake against their will is common and also involving them in criminal activity (carrying drugs, driving while under the influence).

While these are all potential warning signs, in isolation some of these behaviours are understandable and do not create a pattern of behaviour that is abusive. Ultimately, initially abusive individuals are charming, witty and easy to fall in love with.

The abusive person will increasingly assert their will and their needs over their partners. They will hold their partner responsible for how they feel and punish them with various means including withholding affection, sulking, cheating, getting drunk or ultimately using threats and violence to get what they want when they want it.

A person that experiences abuse is never responsible for the abuse and with all the fore or hindsight in the world we can still be caught in an abusive relationship.

If you are concerned about your relationship, please seek help and support before taking action.

The Recovery Toolkit: A 12 week plan to support your journey from Domestic Abuse by Sue Penna is available on Amazon - priced £7.99 in paperback and £4.99 as an eBook.

Win a copy of I Hate Suzie on DVD

How I survived domestic abuse - and how YOU can too

11 Things you should know before dating a book lover