Philip Christopher Baldwin is a gay rights activist. He was diagnosed with HIV in 2010 at the age of 24 and is co-infected with Hep C. Philip is healthy, happy and successful and shares his story below ahead of HIV testing week.

HIV Testing Week begins on 18th November and World Aids Day follows, on 1st December. Both are essential dates in the HIV calendar. There is no better time to reconsider HIV. I was diagnosed with HIV in 2010, when I was 24 years old. I have been through an empowering process of acceptance, whereby I incorporated my HIV into my identity. I am now a happy, healthy, successful and POSITIVE young man. I have some amazing supporters for my activism, including Katie Price, Lauren Pope, Anthea Turner and Kristina Rihanoff. They are successful and beautiful women who care passionately about my battle to raise awareness around HIV and challenge the stigma of living with HIV. I believe that combating HIV, in terms of prevention, treatment and stigma, is one of the most important challenges we face.

How is HIV transmitted?

I am HIV Positive

A few weeks after my HIV diagnosis, I was meeting my mum for dinner. I sat down at a circular table in the back of the restaurant. My mum was late. A cute Italian waiter asked me if I already know what food I wanted to order. I eat here regularly. I explain that I am waiting for another diner. Just a diet coke for now. Candles flicker atmospherically around the expanse of the darkened restaurant. Large cast iron columns support a wood panelled roof. Neatly piled pastries adorn the front of the restaurant. Laughter at a neighbouring table upsets me. I bite the inside of my mouth, chewing my lower lip and running the tip of my tongue over my teeth. I can taste blood.

I look up. I think I can see my mum outside the restaurant. She seems to be loitering. I am unsure if she is on the phone, or maybe she is having a cigarette. I thought cigarettes supressed the appetite. I tap my loafer against the wooden chair leg, in time with the background music. She pushes the door, a long shadow sweeping the entrance as it opens. Slowly she climbs the steps. It is my mum. She stands there, looking slowly around the room. She is carrying a fabric bag over her shoulders. The weight seems to be dragging down her slight frame. My mum is very beautiful. She has blonde hair. She is in her fifties, but looks much younger. People occasionally ask if she is my sister.

The Italian waiter bends over the neighbouring table, distracting me. They have just settled the bill and he is thanking them. There are flecks of grey in his beard. My mum has seen me. She walks up the left side of the restaurant, pulling her bag upwards and looking to either side. She is accosted by a waitress, who greets her with flamboyant gestures and a smile. My mum purses her lips. She squeezes past another table. I look up at her and smile.

Thirty minutes later I am home again. It had been a very short meal. I am upset. I had forgotten my mum's birthday, which was on the previous Friday. She was angry. I had noted her birthday in my diary, but it had completely slipped my mind. My mum is not a lady who minces her words. She can be very direct. She is understandably hurt. She said that I am cold, distant and selfish. Her admonitions were hard to deal with, each one wounding me. Did I do it intentionally? Do I not love her? Why do I care so little for her? I am protecting her. I cannot tell her the truth about my HIV diagnosis. I need compassion, reassurance and love. I love my mum so much.

Wear your ribbon with style on World AIDS Day!

Support people who you know are HIV positive, gay or straight, and please wear a red ribbon on World AIDS Day (1st December) to show your solidarity. YOU can check your own HIV status and YOU can help people living with HIV! We are fighting for better HIV testing. Take your sexual health seriously and get tested. Cutting the number of late HIV diagnoses is crucial. Two-fifths of people diagnosed in 2014, were diagnosed after they should have commenced treatment. Pre-Exposure Prophylaxis (PrEP) is an innovative new drugs regime which can prevent the transmission of HIV. It is taken before sex to prevent the transmission of HIV. It is hoped that PrEP will be available for those most at risk of becoming HIV positive soon. It should be available for black women and women with an HIV positive partner, so it will not just be available for gay men. NHS England is currently engaged in an evaluation process around PrEP. The sooner PrEP is made available the better. On Sex and Relationships Education, for those of you who are mothers with young children, my view is that SRE should be made compulsory in schools. It is important that our young people learn about sex and sexually transmitted infections, such as HIV. This will allow children to make informed decisions and protect themselves.

Win a copy of The Man With The X-Ray Eyes...

Win a copy of The Good Karma Hospital Series...

Win a copy of Babylon Berlin Series 3 on...

So just how important is ‘the sex talk’? 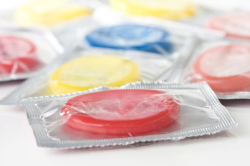 Congratulations it Only Took You Three Years

Nurse reprimanded for wearing bikini under...