Is your man a pisces? He’s most likely to cheat

New research shows that your star sign can tell a lot about your relationship habits.

Many people swear by their horoscopes and it’s widely believed that your star sign can dictate your personality and traits.

If your man is a Pisces then it might be worth keeping a close eye on him as new research suggests that Pisces men are most likely to stray.

AshleyMadison.com found that out of all their male users, the largest percentage using the site are those who are Pisces.

It’s not just the men they’ve taken a look into either, they’ve also checked which women are most likely to seek an affair.

It seems that Gemini’s are the ones to watch when it comes to the women, with most of the sites female members being of that sign.

Astro-sexologist and author of The Celestial Sexpot Handbook, Kiki, says “I'm not surprised to see Pisces top this list because they're the rulers of the imagination and fantasy. They have a hard time letting their curiosities go unexplored.”

It’s not all bad news though, if your man is a Scorpio then you’ve got nothing to worry about! And likewise, if a woman is a Libra then she’s less likely to stray.

Kiki says, “Libra is the ruler of commitment and partnership. As for Scorpio, they fall in love passionately and rarely stay in relationships that lack intensity, so if they have a wandering eye they usually leave.”

According to AshleyMadison.com Founder and CEO Noel Biderman “The connection between Zodiac signs and proclivity to cheat is an interesting one and by looking at the data, it's hard to disagree that one's birth date has something to do with the predisposition to have an affair.

“The fact that Pisces men top our list by a significant margin should serve as a warning to women everywhere.” 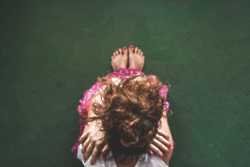 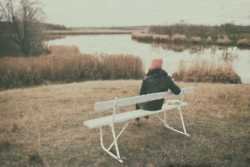