20 Words you should never use to describe your female partner

Special K is inspiring strength in women and asked them which words they would ban if they could. So if you're in a relationship- it might work in your favour not to use these words to describe or address your female partner. Instead, think about their positives rather than focusing on the stereotypes.

Hormonal - Often used to describe a woman during her time of the month- but there's a lot going on at this time. Women lack energy making them more tired than normal. They have to visit the bathroom more often and endure flushes, cramps and sickness. All of these things mount against women at this time so count yourself lucky that you're not the one who has to go through this.

Bitchy - All people come across others they don't see eye to eye with- chances are there are people in your life you don't think highly of. When she wants to vent her frustrations about this personality clash- let her. It's not being bitchy it's just her acknowledging the reality- that you can't get along with everyone and we're all different.

High Maintenance- If she likes things done a certain way or has high standards- it simply means that she wants to live life to the fullest where she can. If she were the other way- she may not achieve anything with her time.

Hysterical- If she loses control of her emotions- it demonstrates that she is comfortable being vulnerable with you- you are in a privileged position.

Ball Breaker- She has goals, she has things she wants to achieve- she has confidence- that doesn't mean she wants to ruin yours. If you feel a dent to your confidence as a result of hers, it says more about you than her.

Diva - She knows how important she is to her family, her friends and to you. She will be a better partner if she first knows her own self-worth. She may be temperamental but at least she keeps you on your toes.

Highly Strung - If she's easily upset or agitated and you're not- then you're the perfect match because you're a calming influence on her. If she were the same as you- life might pass you by.

Mumsy- If she is 'mumsy'- chances are she's caring and considerate of others. If she wants to look after you and your family- that shouldn't be punished with an insensitive word, rather celebrated- not everyone has this ability.

Princess- If you treat her like one- then how else should she react? It's a reflection of how you are with her.

Attention Seeking- If she's trying to get your attention- chances are she misses you or wants to tell you or show you something that's important to her. Rather than accusing her of it- listen to her and give her the time of day.

Emotional- This shows that she's an empathetic, sympathetic, sensitive person, which you might appreciate when you have an issue. It's likely your friends and family do.

Manipulative- If she's conscious of the effect she has on you in certain situations- it's probable that she can identify when you're doing the same to her. Which makes it quite harmless because you're both playing a game. It's when neither of you realise it's happening that the problems occur.

Bossy - If you were both indecisive- you would go nowhere- someone needs to make a choice so you can get things done.

Controlling- She likes order and organisation- that might mean taking the reins for certain things. If she didn't have this influence in some areas- think of the alternative. Mess, chaos, disorganisation, indecision. It's possible that you like to have control over the things she doesn't so it balances out in the end.

Difficult - Is just another word for 'challenging'- life would be boring if she agreed with everything you said or followed you in everything you did. It makes life interesting and conversations fruitful.

Sexy - Although this is meant to be a complement- let your partner know that you think more of her than just her sexiness. Your significant other wants to know you love her for her- personality and all.

Aggressive- Or determined- surely it's preferable that she wants to achieve rather than having a string of unfinished projects? If she's successful in whatever she does- it's likely due to this determination to finish what she set out to do.

Sassy - Her cheekiness, liveliness and spirit makes you laugh and gives your relationship a playful edge, which helps you through the hard times- so don't knock it.

Feisty - Is defined as 'courageous'- it takes courage and strength to get through times of hardship, embrace new situations and take risks. You never know- one act of feistiness could take you places you never thought you could go.

How can I be more confident in conversations?

How can I live rather than just exist? 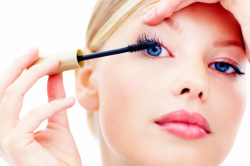