Things women do that scare men off

Many women have no problem in attracting a man, but often we make the mistake of making it to the first date then somewhere between the first 2nd or 3rd it seems he’s lost interest.

There is the simple theory that ‘he’s just not that into you’, but given the chance to know you a little better, he may be. So, how do you keep a man’s interest long enough to secure that 2nd or 3rd date, or better yet some commitment without, as we often do, scaring them off?

Here are some tips on keeping him keen, without sending him running a mile.

Talking About Your Ex

The mistake many women make on dates is spilling too many details about previous relationships. He may ask when you were last dating, and what happened, but avoid going into to too much detail. Keep it short and sweet.

Divulging the ins and outs of why the guy before was such a dog and broke your heart, is not going to get you any sympathy or get him to like you more.

If anything he’ll think you’re not quite over your ex, you have emotional baggage issues or you’re comparing him to your ex.

Best to give a short answer like ‘we just weren’t compatible’. Move on swiftly from this subject, he will not want to know the intricate details.

Typical needy signs include sending numerous texts. If he has sent one text, you reply, and then you don’t hear anything, do not follow up with another text. Be patient and wait for him to reply.

To be fair, it may be old fashioned but if he wants to speak to you, he’ll call. If you want to be the one to make the call fine, but if he doesn’t answer once, there’s no need to keep calling until he answers.

If he sees one missed call, that’s enough for him to return yours. Anymore than 3 times, should be because of an emergency. But a guy you’ve been dating for a short while should not be the one you place an emergency call to. Try 999.

Being too Attached too Fast

It’s not uncommon to hear of women openly telling their friends they’re in love, or sometimes to the guy after one or two dates. It’s pretty obvious this will send off blaring alarm bells if a guy gets wind of it.

It’s nice to know you’ve got things in common with someone but by saying you like all the same things he likes, a guy will realise you’re only saying this to impress him.

Rather than impress you’ll give the impression that you don’t really have a sense of individuality which can be a complete turn off.

Asking for the Date

If a guy wants to see you again, he’ll ask you. By constantly asking when you’ll see him again or saying things like ‘I miss you’ after one or two dates, it makes you seem too readily available, and desperate.

Men like a challenge and a chase. Let him ask you, and make sure he gives you enough notice.

Being too Readily Available

If a guy calls you during the day, and asks you out for later that day, it may be against the rules, but if you genuinely have no plans, by all means go out have a good time.

Let him know he’s fortunate to have got you at short notice, and in future he should give you more notice.

By no means change your plans to accommodate him Fit him around your diary; until you’re a couple he should not be the top of your priorities.

Introducing Him to Friends and Family too Soon

But in his eyes, he’s coming to be approved. By bringing him around your circle you’re already, in other words, saying he is officially apart of your life.

Guys generally don’t talk so much about their private life with friends, so it’s unlikely he would have already told his friends about you.

When he does bring you around his friends it usually means he’s quite serious about you or at least considering you for a serious relationship.

Introducing Him to Parents

We’ve all watched Meet the Parents, and it is clearly a big deal. And pretty embarrassing at times.

Even if you still live at home, it will be a big deal for him too, especially if he’s likely to be faced with probing questions by your Dad. It’s enough to get any man breaking out in a sweat.

Follow these tips and instead of getting him running a mile you might even make it up the aisle!

by Siobhan Copland for relationships.femalefirst.co.uk
find me on 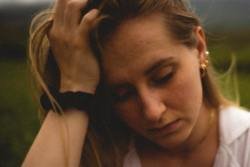 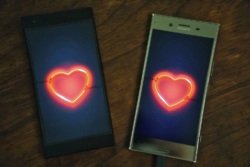 What does it mean to dream about the devil?