Recently I’ve come to realise they have a lot to offer.

By Crystal Cansdale at The Inner Circle

I am a hopeless romantic and I romanticise the idea of having an over-the-top, rom-com meet-cute with the next person I end up dating.

But of all the scenarios I’ve imagined - reaching for the same sandwich in Pret, meeting at a friend's engagement party or sitting next to each other on a long-haul flight (to name but a few) - my brain has never conjured up a singles party.

I used to think singles parties would be awkward, a bit embarrassing for everyone involved and mostly full of desperate people making a last ditch attempt to find love. But recently I’ve come to realise they have a lot to offer.

They break down a lot of the barriers we face when dating in the wild. Firstly, you know everyone is single and are at least fairly serious about meeting someone. Secondly, you know everyone in the room is in the same position with putting themselves out there, which helps lessen the fear of rejection. And thirdly, it’s an opportunity to meet people you otherwise wouldn’t have met.

But while I can reel off the benefits, singles parties have a pretty bad rep.

People hate the idea of forced interaction and speed dating, they expect everyone to be desperate or weird and they would be embarrassed to tell their friends and family. A report from The Inner Circle found four in 10 active daters in the UK would refuse to go to a singles event and a third think they’re a great idea, but not for them.

But considering three-quarters of daters say they would prefer to meet someone in real life, and people are becoming fatigued with dating apps, singles parties may have a chance of a comeback.

But they’ll need a bit of a makeover if they are going to win the hearts of daters. They need to be events that are so cool or interesting, people in relationships will wish they were single. And in my opinion, they need to be about the party first and the dating second. All us singles really want is to walk into our local pub and know everyone is single. 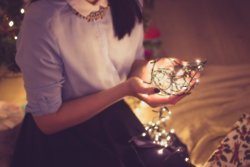 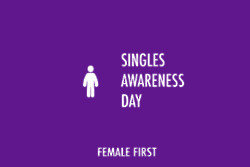 How to embrace Singles Awareness Day

Forget what you thought you knew- Opposites DON'T attract