Is a reaction to fear keeping you single?

Did you know that, generally, when faced with something that we fear in our relationship, we, as humans, will turn to one of three reactions.

It’s that time of year again.  Mushy cards and bunches of flowers have taken over the supermarket and being part of a couple is celebrated. However, for some of us, Valentine's is the time of the year where we’d really rather just hide under the duvet.

Now of course, for some of us, it is just a case of bad timing. But, for others, there can actually be something going on subconsciously that almost forces us to destroy a relationship, so that we find ourselves cyclically single.

If you find yourself single again this Valentine's Day, it might be time to ask yourself whether fear is the reason that you are single.

Fear can play a BIG part in a relationship – think about it… Fear of commitment, fear of your partner cheating, fear of losing someone that you care about... And we usually learn to fear something because of how it felt when we first went through it.

However, let’s take this one step further. I know this might sound a bit silly at first. But, from a psychological perspective, I see many clients, who are actually being kept single because of their reaction to fear. Yes, it’s their reaction to fear, rather than the fear itself that destroys their relationships.

Is a reaction to fear keeping you single?

Did you know that, generally, when faced with something that we fear in our relationship, we, as humans, will turn to one of three reactions.  I’m talking about fight, flight or freeze mode. Or, in psychological terms, it is what we refer to as the reptilian mindset. In other words, it is a primeval reaction that happens because of our subconscious.

Usually, when we are little, something happens to us, something not pleasant, and our brain reacts by going into fight, flight or freeze mode. Now, the first time that this happens, we aren’t even aware of it. But our subconscious mind decides to repeat this, every time that we are presented with what it sees as danger.

So, for some of us, when presented with something that our mind perceives as negative, our subconscious then provokes this reaction - and it is this reaction that could be the culprit for keeping us single.

Let me explain this a little more here - meet Mike. Mike is 30, and lives in the city. Mike is looking for love, but keeps ending up single. What happens is that every time Mike is faced with a woman’s emotions, Mike reacts to his fear, and starts to become kind of angry… Mike automatically goes into fight mode, and as much as he thinks that this is being passionate… for Mike’s partners, they often see him as aggressive.

Mike, doesn’t fully understand why he becomes so angry. He looks to blame his partner. But what’s really going on is that Mike actually fears something… and his mind simply reacts to it. And Mike keeps on repeating this pattern, over and over and over.

Now, imagine how much easier life could be for Mike if he could just understand this mindset. Not only would he be able to change and control his reaction, but he would also be able to understand his fear. This would mean better communication with his partner... And possibly a long term relationship!

And it’s not just one party's lack of understanding of this pattern that can cause confusion in a relationship. Maybe you have found yourself being on the receiving end with someone when they go into fight, flight or freeze mode?

Perhaps you know all too well, what it feels like to be with someone who reacts through fleeing (flight mode). The person who leaves after an argument, and never picks up their phone again.

Or maybe you have dated the freeze kinda guy or girl, who just clams up when under pressure, and seems to just sit... And stay there. This can come across as uncaring. Yet what is going on on the inside, can be a totally different story.

By working out your own reaction, when faced with fear in a relationship, whether it be fear of commitment, or fear of losing someone, you put yourself back in the driver’s seat. You are able to a) dig deep and face yourself, and b) communicate with your partner.

Sometimes, all it takes is working on your fear with a therapist, maybe, and a conversation with your partner, and once you understand what’s been going wrong here, you are able to see things a lot clearer.

One thing’s for sure - fight, flight or freeze - whichever reaction suits you best, in some ways, it’s actually natural. So, figure out where you fit, and then look at evolving past that. You owe it to yourself, and your future partner, to stop letting fear get the better of you.

Christopher Paul Jones, the Breakthrough Expert, as featured on the BBC, can be found online at christopherpauljones.net and is available for one-to-one consultations on Harley Street. 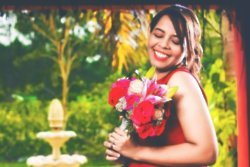 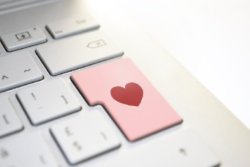