Women vote beards as the biggest turn off

All the A-List stars seem to be supporting them, but it turns out that the most unattractive thing on a man is a beard.

ECigaretteDirect.co.uk polled 500 people to find the top five most unattractive things about the opposite sex.

Thirty eight per cent of women said that a man having full-on face fuzz was the most unattractive thing and would completely turn them off.

One female respondent commented on beards, stating that, “They are just disgusting. Some stubble is attractive on a man however a full blown beard is repulsive.

“You never know how clean they are or what they’re hiding behind the hair and you always get that scratch feeling when kissing.”

A spokesperson for ECigaretteDirect said, “The common view is that some men use beards to hide their face and it's always really hard to tell how they actually look underneath the furry mask.

“The conconsensus of the women polled was that beards also made men look significantly older which generally wasn't a good thing.”

In contrast, men women with tattoos the biggest turn off, with 37 per cent of them putting it as their number one turn off.

ECigeretteDirect found that many men saw tattoos on women as garish and un-feminine, despite many women now having tattoos.

One male respondent commented, “I find the sight of tattoos on women extremely unattractive regardless of how pretty the woman wearing them is. Why anyone would want to permanently mark themselves like that is beyond me.”

Bad breath ranked at number two for both men and women, with women giving it 27 per cent of the vote and men giving it 28 per cent.

The spokesperson said, “Both genders felt bad breath was a significant turn off which is understandable, who wants to get close to somebody with breath that makes you want to turn and run away?”

The spokesperson concluded by saying, “Unless you're a David Beckham or a Brad Pitt it's unlikely that women will be swarming around you because of your facial hair.”

Do you prefer men with facial hair, or do you find it a huge turn off? Comment below or tweet us @FemaleFirst_UK 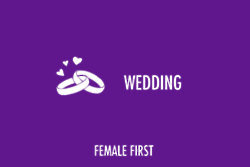 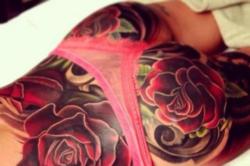 Would you date someone with a tattoo?