What attracts a woman to a man?

It's not all about looks!

Lovestruck asked Hayley Quinn, a London dating guru what exactly it is that attracts women to men.

Many women assume that we are only attractive to men if we are tall, leggy, curvaceous with a large chest and blonde hair. We forget that attraction comes in many forms. Some men like the feisty red head, some like the bashful brunette, some men like curves to get hold of, some are quite happy with  a handful or less. We are all different and these stereotypes make us think we have lost before we have ever tried. 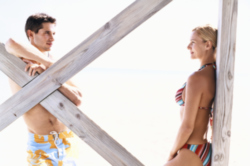 Quinn said: “Tall, dark and handsome. That’s what women go crazy for, right? Slightly frustrating news though to any man who is sub 5’9”, strawberry blonde or more Robert Downey Junior, than Robert Pattison. But wait! Before you take a deep sigh of ‘I’m just not her type’ – I’d like you to consider the fact that not all women are wired quite the same way the Diet Coke adverts suggest.

The recent advert in the park shows a blonde, a brunette and a redhead among the group of awe struck women, showing that we come in different forms, each one equally as attractive to one man or the next, so why is the guy always ripped with dark hair and says nothing?

“Rippling muscles, chiselled jawlines and a devil may care attitude mean absolutely zip to most women if they don’t come pared with a sense of humour, verbal banter and some vague moral code. I can safely say it is a rare day when I see a guy in a muscle vest and think of swooning on the spot. However, it’s pretty common that I’ll become attracted to guys of all different heights, weights and backgrounds because of the words they say.”

Reassuringly 79% of Lovestruck women would go on a first date with a man if he was good looking; however this drops to 18% if the guy lacks intelligence, or doesn’t engage their interest despite what he looks like. 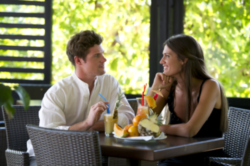 “A man who is clear that he wants you – and you know he isn’t saying that to every other woman he meets – what a hero.  A partner who lets you be you, whilst still feeling supported, dynamite.” Hayley advises you give a date 30 minutes in order for other attractive qualities to be revealed. It’s not so much about the lightning bolts rather a gradual dimmer switch of attraction.”

And Hayley adds, from personal experience, it’s the slow-burners that are often the best. 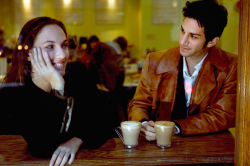 She says: “I can safely say that I absolutely did not ‘get it’ when I first met my boyfriend. I remember initially thinking ‘who is this child?’ ‘OMG he dresses like such a hipster’ and ‘why is he behaving so strangely?’ However, after a little persistence from his side I agreed to go on a date and now 6 months later I’ve come to see him as (ironically) very tall, dark and handsome.

“Which was a pleasant surprise… but not nearly as attractive to me as finding a guy who knew what he wanted, made me laugh out loud and who was never ashamed of being 100 per cent himself.” 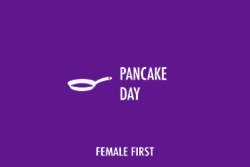 Pancake Day: For batter or for worse?

How do I forget him?