Women are attracted to men who flirt with other men

A new study involving fish has shown that women will grow more attracted to a man the more he flirts, even if he flirts with other men.

The study by researchers from the University of Frankfurt found that women choose a mate depending on how flirty he is, even if it is with other men.

The researchers came to this conclusion after studying Atlantic Mollies, a breed a fish known for having homosexual tendencies.

They found that when males would flirt with other males, this would shows females that they wanted to have sex, leading the females to become interested in them.

The researchers said, “Woody Allen once said, ‘Bisexuality immediately doubles your chances for a date on Saturday night,’ and, even if he meant something else, he could nonetheless be right if homosexual behaviour were also to increase the chances of future heterosexual interactions.”

Their research suggested that women who have gay best friends could be looking for something more from the relationship.

It also made the point that humans are the odd ones out as we are one of the only species that become exclusively homosexual rather than bisexual.

Species such as crabs, lions, ducks and penguins all engage in same sex relationships as well as heterosexual ones.

The researchers said, “Exclusive male homosexuality is thus far only found in humans, sheep and some bird species, but rates of bisexual male mating behaviour are moderate to high in numerous group-living species, including humans.

“We demonstrate that males of the tropical freshwater fish Poecilia mexicana increase their attractiveness to females not only by opposite-sex, but likewise, through same-sex interactions.”

It’s thought that by men showing an interest in sex, no matter who with, they are proving themselves a fit mate for a woman.

Win a copy of The Doctors: The Jon Pertwee...

Win a bundle of signed merchandise and DreamWorks...

Win a copy of The Krays on DVD

Win a copy of Babadook on Limited Edition...

Win a copy of Too Close on DVD 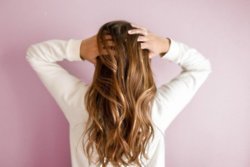 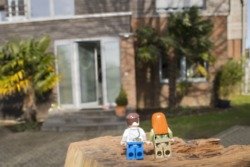 Seven dreams that you should never ignore