The Black Sabbath founding member has some incredible solo material.

Collected together for the first time, ‘Manipulations Of The Mind – The Complete Collection’, assembles the entire solo works of founding Black Sabbath bassist and lyricist Geezer Butler across four CDs, available via BMG this coming July 30th. Also available on the same date is ‘The Very Best Of Geezer Butler’, a standalone CD that cherry-picks seventeen choice cuts from the boxset by Geezer himself.  One lucky winner will win BOTH releases!

Featuring the albums ‘Plastic Planet’ (1995), ‘Black Science’ (1997), and ‘Ohmwork’ (2005), with a bonus 4th disc of rare and largely unreleased material, ‘Manipulations Of The Mind’ shines the spotlight on a creative force who, as chief master of the heavy metal originators heavyweight bottom-end and the lyrics that gave voice to the monolithic riffs, didn’t rest on his laurels and created three solo albums of forward-thinking new music throughout those years. The 4th bonus disc is a treasure trove of unreleased demos, studio outtakes, single edits and three live tracks captured at the Majestic Theatre, Detroit, MI, February 1996, alongside the song ‘Beach Skeleton’, only previously heard on the Japanese edition of ‘Black Science’. This release, alongside the tracks included on ‘The Very Best Of Geezer Butler’, represent the creative genius of Geezer Butler outside of his work as founder member of metal legends Black Sabbath.

To enter, simply fill out your details below and answer the following question:

Which band was Geezer Butler a founding member of?

Win a pair of tickets to the inaugural Stories... 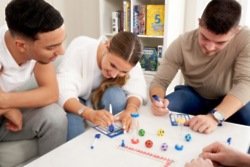 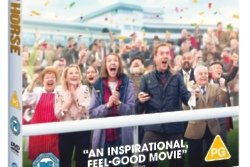 Win a copy of feel-good movie Dream Horse on DVD

10 per cent of gym-goers have had orgasms...